Here was a nice little trade on Disney, a stock I don’t watch that often, though I probably should. With speculation and the eventual announcement of their streaming TV service, plus a lot of M&A rumours and news, there’s always something going on. The stock is priced a little higher than my preferred range (I usually stick to those under about $100), but it moves nicely and predictably.

Anyway, here’s what happened on Monday: 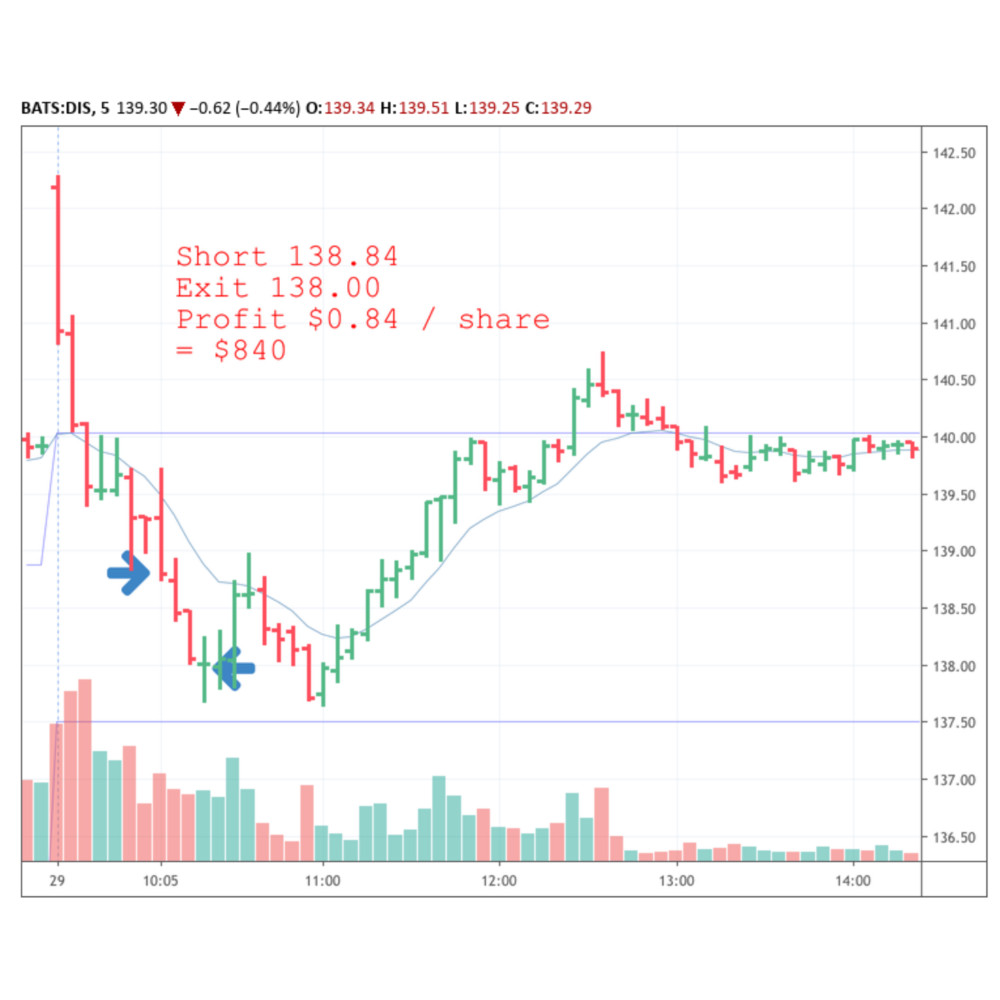 A pretty textbook setup and entry, with a target that did not get hit. So instead I was out when it dithered around 138, taking 84 cents a share for a $840 profit on a thousand share position in a little over ten minutes. With such a liquid stock a much larger position would have been viable (funds and margin permitting), but I had money tied up in other trades.

For anyone who likes that sort of thing, the double bottom and rejection of the previous day’s low provided a nice signal to get in for the ride back up from about 11am. But you know me, I prefer the easy middle and the early finish!